Today, 23 November, I started painting dinosaurs.  I wake every morning and in the pre-dawn clarity I allow my mind settle on what the subject of the day's efforts will be.  It doesn't feel like decision making so much as a form of listening.  Today it was time to paint critters.  The mural is already roughed in- yesterday I added the first sky wash.  All the major landscape lines are in and I've played with some details like rocks and a few shrubs.

None of what I show you below is in its final form- all will be intensified and sharpened but the painting went well and the characters are now onstage.  There is drama.  I spent all day in the Triassic and early Jurassic, between 220 million and 150 million years ago.  As I have said this was a time went life was experimenting with a wild array of forms.  Heres one: Desmatosuchus.  Not a dinosaur but an aeteosaur, one of a briefly successful line of armored herbivorous reptiles.

This was a 16 foot long horned lizard- bizarre. 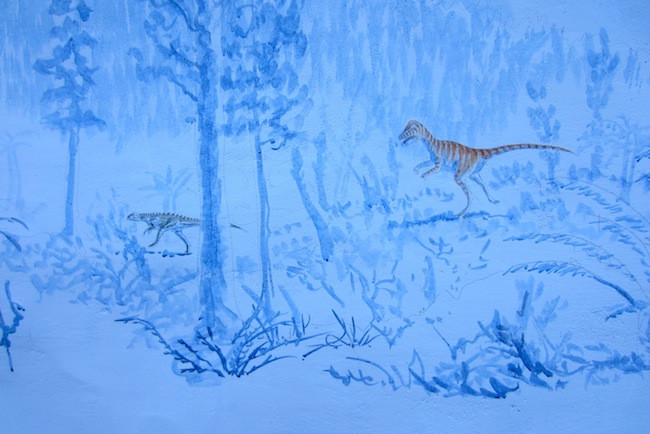 Plateosaurs- the first of the really big dinosaurs- 33' long herbivores.  The pink mouthed guy will be closing his jaws on some leaves. 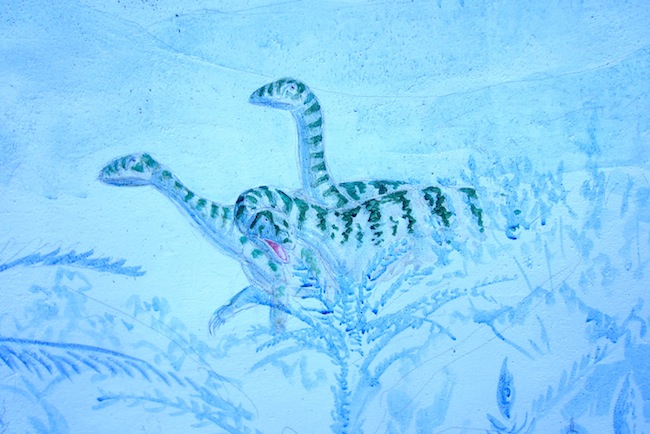 Dimorphodon- one of the earliest pterosaurs- the wonderful flying lizards.  I chose an unorthodox pose- something dynamic and showing the flex of the wing membrane.  This is Mercy's favorite so far. 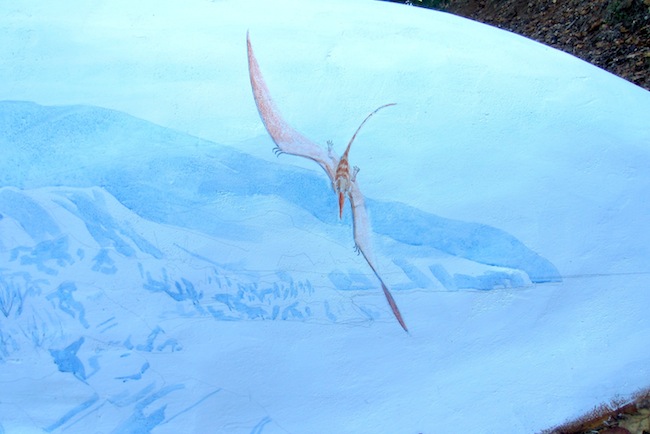 And finally, Coelophysis- one of the earliest dinosaurs- a fleet predator, here seen on a beach nosing into something edible. 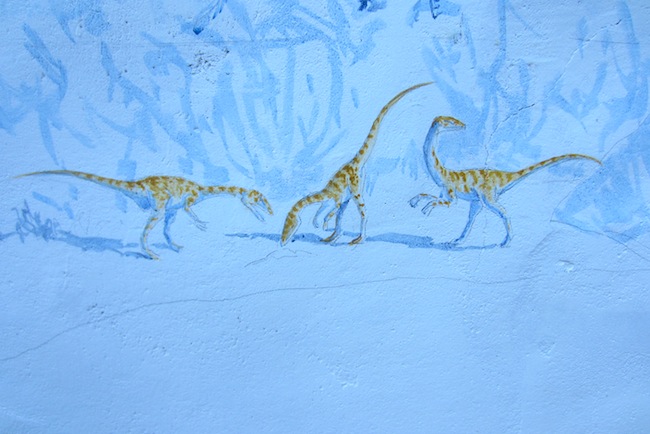 I've never had so much fun painting.  Today I worked until the light gave out and now the whole sweep of this mural is embedded in my mind.  I can call up any section, see where it is and consider where it needs to go.  This experience, being possessed by a work, in part of the deep magic of art.  Seeing the ideas I've been having run through my mind finally appear before my eyes is a thrill.

One last photo- the setting.  Here is the house of Steve and Mercy and the relationship of the mural walls to the dwelling.  The long, low Triassic to early Cretaceous wall hides a huge propane tank.  The late Cretaceous wall fronts what my patrons and friends call the Hunker Bunker.  This is fire country and the bunker is designed to provide a survival space in case fire blocks the avenues of escape.  I will be painting the inside of the bunker as well- but that is another, even stranger project. 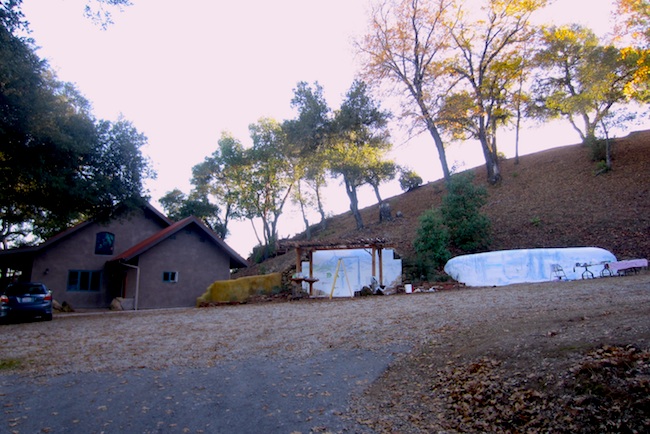 Happily ensconced in the Mesozoic I am wishing you well.